Seen It All? Watch the Classics and Grow Your Film Education 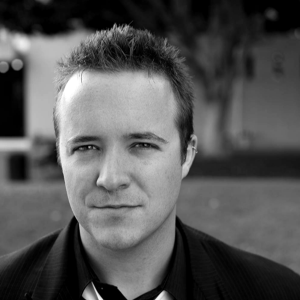 You have reached the end of Netflix.

Hulu doesn’t have anything you haven’t seen.

Amazon? Yeah right, you have been there done that.

You may have seen almost everything that has come out in the past 10 years, but now is the time to go back 40 or more years. Focus your attention on classic films and get a brand new film education.

You are probably thinking to yourself, “I’ve gone to film school”, or “I’ve worked in the industry so long, what do you mean ’ grow my film education’?”. No matter how long you have watched, worked on, or study films, there is great value in watching the classic films of yesteryear.

I’ll preface this by saying both Alex and I spent our college years studying a lot of the “classics”. I even took a class strictly on Hitchcock films. Our film education was based on analyzing films by Fritz Lang, Orson Welles, Akira Kurosawa, Ingmar Bergman, Fellini, and so on. So, we both have a soft spot for older films, but I believe it has helped our film making immensely.

Film Education With Out All The Bells and Whistles

Before the age of high-end visual effects, movies being great or not came down to three things: the directing, the acting, and the story. Not to say there wasn’t some great camera trickery in those days (Buster Keaton, Charlie Chaplin, and Mary Pickford’s work comes to mind), but they took such intense work to set up that they weren’t so freely utilized like VFX is today.

I’m not bashing every movie that has come out recently, because there have been some really great ones. The problem is you can have a film that has an ‘ok’ in every aspect aside from the visual spectacle. Strangers on a Train, Psycho, (did I mention I studied Hitchcock?), and The Conversation might have simple premises, but the story aided by great acting and directing propel them into a higher level of films without all the visual eye candy that is seemingly needed today.

But it didn’t just stop at great stories. Filmmakers constantly played around with sound, lighting, and camera angles. Every aspect of a scene was manipulated to have an effect on the audience. This was film making in its rawest forms. They didn’t have much freedom to fix it in post, so every shot was meticulously thought and planned out.

By not only watching, but studying these older films, you can see first hand how story building, character development, and shot composition can transform any story. Watch how some directors play with sound to manipulate the audience, or how the camera placement in Citizen Kane (they literally cut holes in the floor to lower the camera) creates a power struggle with characters. We are in an era where independent films are made with lower and lower budgets. The techniques used in a time when they couldn’t just “do it in post” are vital to keeping your low budget feature on budget and engaging for a viewing audience.

Don’t Be a Cinematic Xenophobe

Everyone knows that Hollywood dominates the film industry, but don’t let that limit your viewing. There are amazing foreign films out there. Hell, the Korean film Parasite won Best Picture AND Best Foreign Film at the 2020 Academy Awards.

You will be surprised how many of your favorite directors were influenced in their film making by foreign films. Scorsese has a list of films he says are must-watch if you want to build upon your film education. Japanese films influenced George Lucas as he was writing Star Wars. And if you don’t realize how much foreign films influence everything Quentin Tarantino does, well…..

So while you are building your educational viewing list (man that sounds exciting doesn’t it?), don’t forget to reach outside of the Hollywood system and look at films that heavily influenced filmmakers past and present.

So What Should You Watch?

Here it is, the reason you may have stuck around this entire article. The definite list of classic films, foreign and not, that you should watch while you are stuck at home (or even if you aren’t) to build upon that film education you either got in school or by working on sets…..

Sorry, can’t do it. There are so many lists out there that break down the “greatest films”. I just cannot in good faith add to the growing list of film rankings you should and shouldn’t see. The American Film Institute has numerous lists, IMDb has a list, as I said before Martin Scorsese has a list, it goes on and on and on. There is really nothing stopping you from growing your film education with films older than 20 years. Most are available one way or another online. Some libraries will even let you check out DVDs of hard to find films. You may have more time on your hands than you ever thought, so no better time like the present to binge on the classics and up your filmmaking game.

What is your favorite classic film? Make sure you tell us in the comments!