Rear Projection In Modern Filmmaking: The Future Is The Past 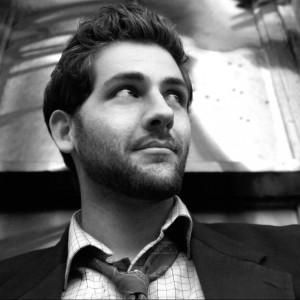 We’ve all come to know and love the story of our favorite new Mandalorian making his way to the small screen using a modern rear projection technique.

The series is a technological marvel (pun super-intended)…

But what about the independents? Is this newfangled rear projection tech a possibility for those of us with smaller budgets?

Rear projection is a technique almost as old as the film industry itself. It allowed for safe filming during car scenes, like below. And, it helped to create fantastic visual effects that come to life next to live-action elements.

Until somewhat recently, the technique was all-but replaced by the chromakey (aka blue and greenscreen).

While greenscreen typically garners much better results than the classic rear-screen techniques, the amount of effort required to execute a solid key is quite high.

These days, chromakey typically involves 3D camera tracking, spill suppression, edge, and matte cleanup. Plus, the wardrobe must exclude either the green or blue colors.

Often times, these shots require substantial rotoscoping despite efforts to create a perfect chromakey environment during the shoot.

Now that we’ve spent decades perfecting the chromakey techniques and technology, why are people reverting back to this older technique?

Another technological marvel (at its time) was the film Oblivion.

It employed a new cinema camera made by Sony, the F65, that boasted an 8K sensor and global shutter. This camera was the best-of-the-best in terms of low-light capabilities, and the film showed this off with numerous flashlight and candlelit scenes.

But where the film really shines is in its use of rear projection for the “sky tower” set.

Unlike The Mandalorian, the setup for Oblivion used actual projectors and curved projection screens to achieve the cloudy atmosphere surrounding the tower.

Working this way required multiple high-output projectors that are blended together to avoid seams and changes in exposure.

This technique, combined with the highly sensitive F65, allowed the projected images to naturally light the actors, props, and sets in the scene. It eliminated the unfortunate edge issues that are typical during chromakey effects, and instead, provided a very natural, beautiful result, in-camera.

The Mandalorian took the technique to the next level by employing high-resolution modular screens both around and above the action.

The screens are connected to an impressive system that allows the movement of the camera to influence the images on screen – creating realistic parallax and movement of the environment that heightens the age-old effect.

When this technology was revealed, filmmakers everywhere let their imaginations go wild thinking about how they could use this system in their own films, and how this might change the industry forever.

Unfortunately for most, the digital rear projection system used in The Mandalorian is well beyond reach.

But, a new company on the scene is trying to change that…

The dream of having your own digital rear projection system like The Mandalorian is closer than you think.

A company called ARwall has developed a system, priced for the independent filmmaking scene at around $9,500, that allows you to create shots similar to the ones mentioned above.

Right now it appears that the major limitation to the lower-budget crowd is the cost of high-resolution screens at the size required to achieve these effects.

However, the system is not limited to digital LED screens and can be used with projectors as well.

I am excited that this technology is making its way into a space that’s accessible for projects of all budgets, and I’m looking forward to seeing the creative ways that indie filmmakers use this to their advantage.

What Do You Think About This New Rear Projection Tech?

Is this something that you’d use in your projects?

What are some ways you can think to use this outside of science fiction and VFX realms?

Let us know in the comments!